Plenty happened in the world of Minecraft in 2020 – from new updates, DLC, events, tech, and plenty more. On top of it all, Minecraft content has had its biggest year ever on Youtube, and a massive showing on Twitch as well.

Let’s take a trip back to catch up on all of the biggest things around Minecraft this past year.

These are some of the biggest Minecraft moments of 2020.

The tech behind Minecraft grew massively in 2020 – with players getting new support for Minecraft RTX (ray tracing).

The Minecraft RTX beta released on April 16th, including test maps for players to try out how ray tracing would affect their Minecraft experience.

And this wouldn’t be the last time RTX made massive progress in Minecraft in 2020.

Minecraft added a massive new title to its catalogue in 2020, Minecraft Dungeons.

On May 26th, Minecraft Dungeons released to a huge swell of support.

The game is a casual RPG experience where players can choose their classes by picking up weapons rather than going through talent trees.

The game has tons of armor, weapons, and spells to keep players changing things up with their builds as they fight the evil forces of the Illager.

Minecraft Dungeons also received tons of DLC support throughout 2020, and we expect the game will continue to expand plenty in the new year.

While Minecraft: Education Edition released in 2016, it’s perhaps never been more important than in 2020.

The version of Minecraft has given a platform for schools and classes in a COVID-19 pandemic that has helped education under the trying circumstances.

Classrooms around the world hopped into Minecraft to teach lessons, build out projects, and expand schooling like never before.

Some may say the Nether Update was the biggest Minecraft moment in 2020 – and it’s hard to argue with that.

The Nether Update was a massive overhaul of the other world in Minecraft – expanding it with new resources, tons of new zones, and plenty more.

The Nether Update was without a doubt the biggest injection of content in Minecraft in 2020, arriving on June 5th – but a close contender was at least announced the same year. We’ll get to that later, though.

The Nether Update is responsible for players seeing the other Minecraft world as a viable and interesting space, rather than a chaotic and desolate world players must navigate for challenge.

This update added ways to survive in the Nether, allowing the most courageous of explorers to call the realm home.

Minecraft VR made several developments in 2020, and one was moving to popular platform PSVR by Sony.

Minecraft received PSVR support on September 22nd, and ever since, a whole new group of players have been exposed to the unique and exciting Minecraft VR experience.

Like the rest of the gaming world, Minecraft is just waiting for advancement in VR technology to expand out to a broader audience and iron out kinks in the process.

But unlike the rest of the gaming world, Minecraft may have the highest potential for VR to be absolutely amazing top to bottom. This is certainly something to look out for in 2021.

COVID-19 has had a massive impact on the world as a full blown pandemic, and it put tons of pressure on live events that the world has come to know as routine.

One of these live events was Minecraft Live, formerly known as Minecon.

In response to the pandemic, Minecraft Live went digital in 2020, creating for an amazing show on October 3rd streamed live to a huge online audience.

It was at Minecraft Live this year that perhaps the biggest announcement of the year was made.

So let’s get right to it.

Minecraft 1.17 Caves and Cliffs was announced at Minecraft Live on October 3rd.

This new update will feature endless amounts of new content for the game, including new mobs, blocks, resources, biomes, and even a new cave generation system that will reshape how Minecraft worlds are made forever.

Caves and Cliffs was received with thunderous excitement from the Minecraft community, and despite its announcement as a 2021 release at the beginning of October, it is still the biggest topic in Minecraft today.

Players have also gotten a taste of some Minecraft Caves and Cliffs features this year thanks to the Minecraft 1.17 Beta – including seeing Goats, Axolotls, and Powder Snow in action.

The Minecraft RTX beta was a massive success in partnership with Nvidia, and after months of development, Minecraft RTX finally reached full-scale release on December 8th for all Windows 10 versions of the game.

This release was huge, expanding Minecraft technology to new heights. Players were no longer restricted to Minecraft RTX beta test maps to see Minecraft expanded by ray tracing technology, and it resulted in some absolutely beautiful and engrossing visuals.

One event that happened throughout 2020 may have resulted in more support for Minecraft speedrunning than anything before it.

Popular content creators xQc and Forsen have been neck and neck battling it out in Minecraft speedrunning on Twitch.tv, giving huge support to the gameplay on Twitch.

This war has spawned tons of amazing moments – including this massive throw by Forsen during a text to speech donation throughout the entire Ender Dragon fight.

Each has made massive headlines beating the other’s personal best time – and it’s created some fantastic moments that will live on in Twitch infamy.

DON’T MISS IT: The Disadvantages of Hosting a Home Minecraft Server

But while these moments have been huge in 2020, they aren’t the only massive Minecraft speedrunning story from the year.

These accusations accrued research and statistical analysis around a set of speedruns Dream streamed to Twitch.tv, in which he had incredible rates when it comes to two areas that challenge all Minecraft speedruns, Hoglin bartering, and Blaze Rod drop rates.

According to the analysis and accusations, Dream’s Minecraft speedruns were incredibly unlikely, to the tune of 1 to 7.5 trillion odds. Think about those odds. Globally, there are approximately 1.8 billion websites operating at the same time every day. Yet this speedrun had odds over 4,000 times that!

In response to the accusation video and research report, Dream released his response video and own research on December 23rd.

For this video Dream denied any modding or data manipulation in order to secure his Minecraft speedruns, and hired his own statistical researcher to take on the case.

The Minecraft community is split on this controversy, with no real consensus drawn from the dueling perspectives. 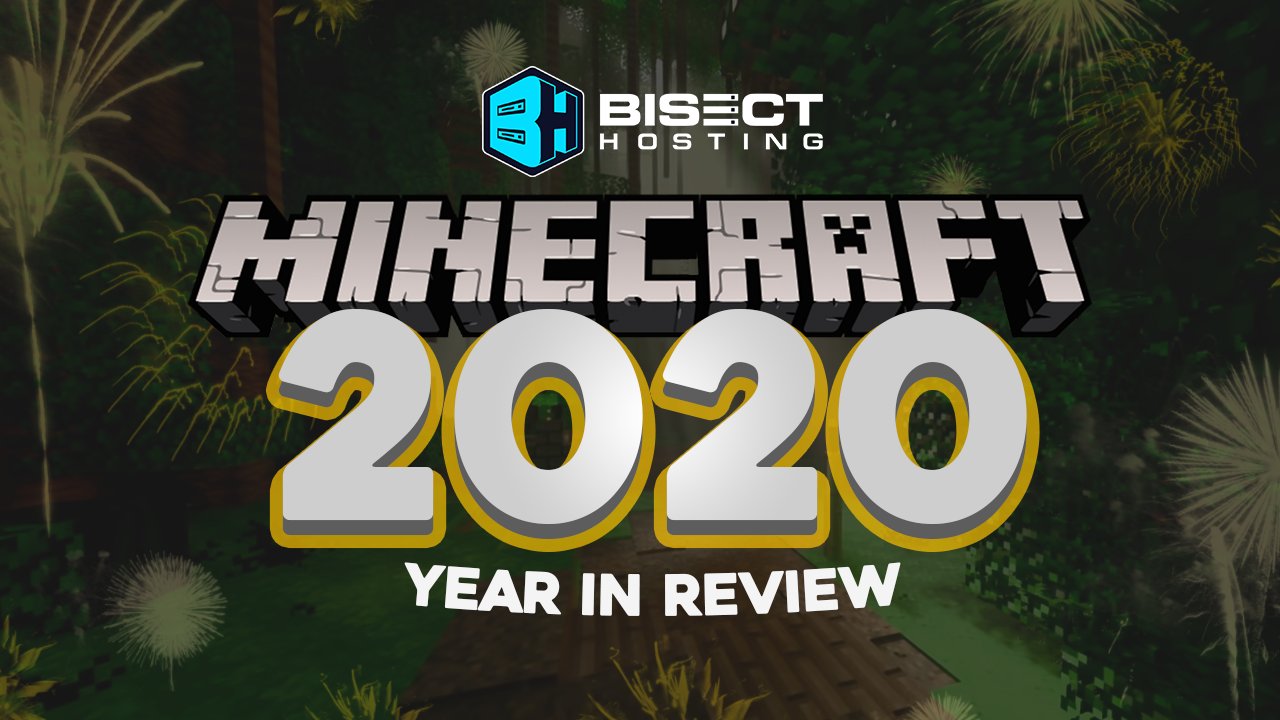 Minecraft 2020 Year in Review: The Biggest Moments of the Year”

What about Dream Vs Technoblade?, or something in the Dream SMP