With a record year for Youtube Gaming content in the books all around, let’s dive into the 5 biggest Minecraft Youtubers today!

DanTDM is a variety gaming channel, but it contains tons of regular Minecraft content – including some of the biggest Minecraft videos on the Youtube platform.

Since beginning in 2012, DanTDM’s Youtube channel has accrued an incredible 17 billion views.

DanTDM’s biggest videos mostly come from 2014 and 2015, with his 2 highest videos reaching up to 52 million views.

PopularMMOs is a Minecraft-focused gaming channel that has showcased some of the best mods the game has to offer over the years, starting in 2012.

PopularMMOs has accrued over 14.1 billion Youtube views in this time.

PopularMMOs was a much larger Youtube channel in the past, but due to slowing down his posting schedule, the channel has gone down over time.

The PopularMMOs Youtube channel is back on the rise, however, as more videos are now being posted (with some being reaction-based rather than Minecraft gaming content).

The biggest videos on PopularMMOs channel reach 56 million views, and center around unique Minecraft mods and showing them off.

Dream is without a doubt the most controversial Youtuber to make the list as one of the top 5 biggest Minecraft Youtubers, with his channel starting in 2014.

In this time, Dream has stacked up 1.2 billion Youtube views.

This is because after Dream’s metoric rise in 2020, which saw his channel grow from 1 million subscribers to a whopping 14.5 million, Dream has come under fire for his speedrunning.

Dream captured speedrunning World Record presence this year making the leaderboards for his times. These runs have since come under fire, however, and research has concluded that they are nearly statistically impossible.

This research includes a 28 page research paper, and Youtube video going over the results. In the end, it concludes a 1 in 7 trillion likelihood of authenticity in Dream’s speedrunning results.

Outside of Dream’s Minecraft speedrun controversy, his incredible channel growth gives some promising signs that he could be the next face of Minecraft Youtube content.

Stampylonghead is a massive Minecraft Youtube channel with a long history, starting all the way back in 2011.

DON’T MISS IT: Minecraft: 7 Tricks for your Next Playthrough

The channel does touch on some other games besides Minecraft, but it’s certainly Minecraft-focused.

Stampylonghead’s biggest videos mostly come from 2013, with the biggest landing 59 million views. These videos are entirely Minecraft, and are from the many series the channel has undergone.

Another older Minecraft channel for Youtube veterans is iBallisticSquid, which rounds out the top 5 biggest Minecraft Youtubers today.

This channel started in 2011, and has accrued 2.8 billion views.

Despite its success, the iBallisticSquid Youtube channel has slowed down considerably in recent months, posting roughly 5 times a month in 2020.

The channel has also massively slowed down on posting Minecraft content, with new content centered around variety gaming.

iBallisticSquid’s biggest Youtube videos are almost entirely Minecraft, however, largely coming from 2013 – and reach up to 17 million Youtube views. 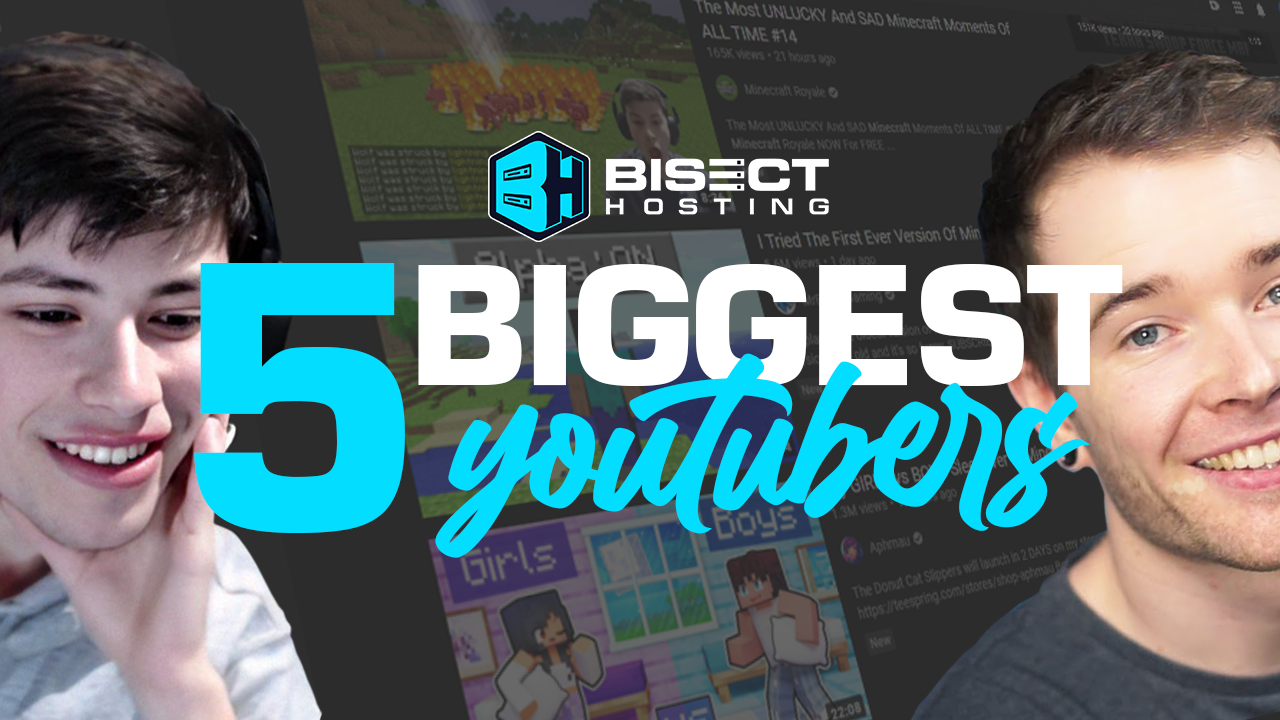 Aphmau has more subscribers than iballisticsquid

why is grian, mumbo and many other youtubers no included here

This list is sadly a bit outdated now. >.< However, Dream's rightful place will be properly listed when we revisit this topic soon!

Do you have an updated version of this list? Would love to find out the top 5 now