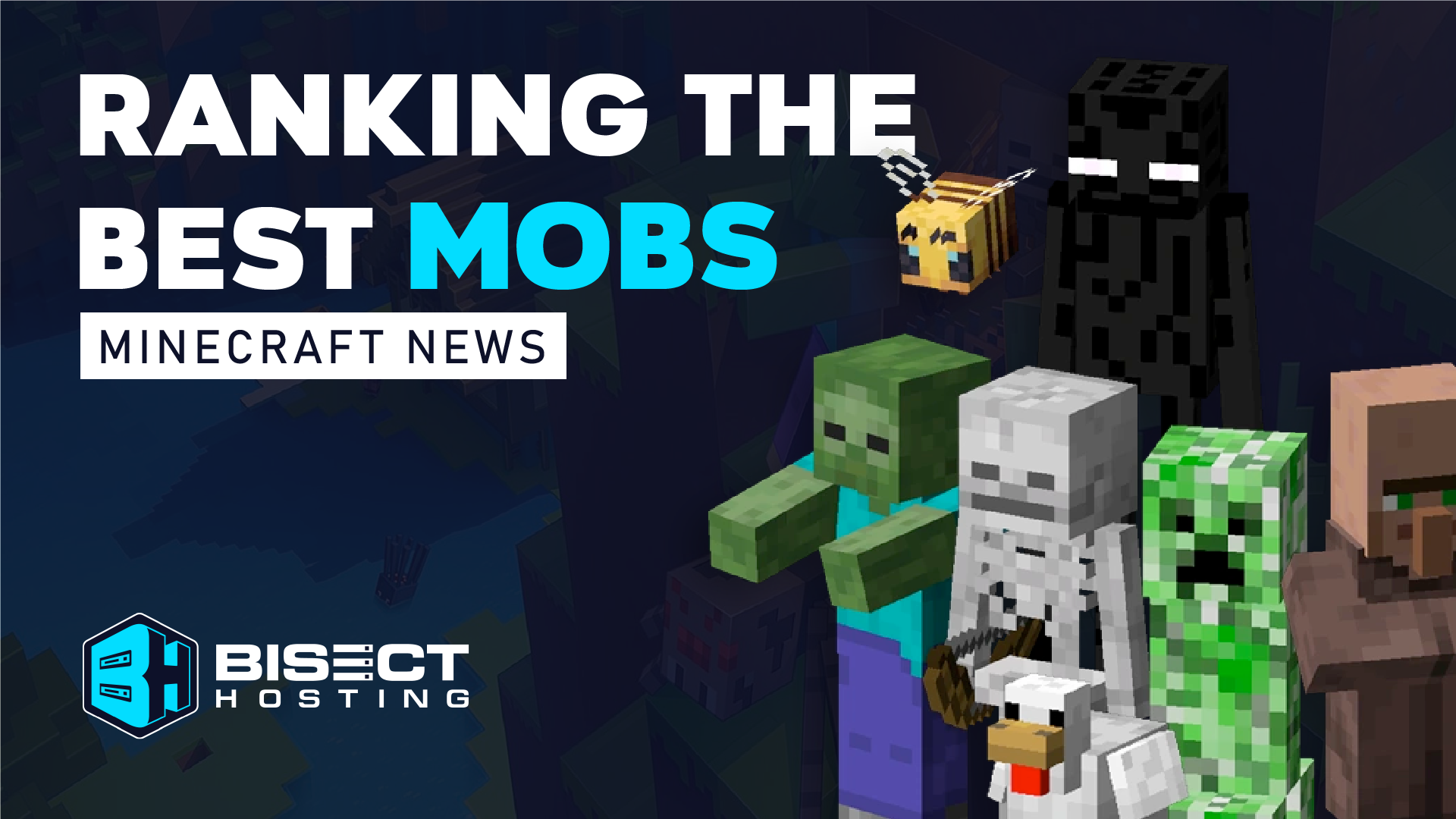 From the iconic creeper to the tiny cave bat, Minecraft has no shortage of famous mobs, but which stand above the rest? Today we will be ranking the best Minecraft mobs based on those that add the most features and fun. In our humble opinion, of course!

The Wither is one of Minecraft’s two boss mobs alongside the Ender Dragon, but what makes this mob number five in our list is the reoccurring battles players can have with it. What use is all the endgame Netherite gear if not to beat up a boss mob after all?

That’s not to mention that defeating the wither drops a nether star, one of Minecraft’s most valuable items! Craft them into beacons that light up the sky, providing consistent buffs that are a must-have for any largescale projects.

Number four on our list of best Minecraft mobs is the bumbly little bee, and why shouldn’t it bee!? Minecraft’s bee comes with a surprising number of features that many players are not aware of. For example, their delicious honeycombs can be used to create wax, candles, and even prevent copper blocks from turning green! But don’t forget to smoke the bees first! Our bumbly friends do not take kindly to honey thieves otherwise.

Honeycombs aside, bees carrying pollen back to their hive cause every crop they fly over to grow faster. They can even be used to kill number five on our list with enough effort. Don’t underestimate the bumblebee!

A list of best Minecraft mobs would not be complete without man’s best friend… The wolf! They may not have as many features as bees, but their courage can’t be beaten. The ender dragon, the wither, and a creeper could all stand before you, and your wolf would not hesitate to fight even if it meant their demise. These heroes deserve a bone, steak, and a hug every time we pass.

How many worlds do you have where a wolf is waiting for you to come home?

The elytra can’t be beaten when it comes to travel, but these feature-rich horses have a hidden vault of talents waiting to be explored. Did you know every horse has a variety of stats, including health, jumping, and speed? With dedicated breeding horses capable of jumping walls and unnaturally speeding down race tracks become a reality. This hidden aspect of the game makes Minecraft’s horse number two on our list of best Minecraft mobs.

Diving deeper for those using Bedrock, breeding horses under the effect of speed potions causes their offspring to become even faster. Does that count as genetic modification?

Every mob deserves so much love, but villagers stand above the rest!

Not only do these poor mobs put up with Steve and Alex’s shenanigans, but they also provide a mountain of features for Minecraft. Trading, NPCs for the cities and towns, reputation, raids, and even building goals for players. For example, new walls to protect their village and not horrifying villager farms, right? …right?

Before their addition, the world of Minecraft was nearly empty, and it is only thanks to them that we can find naturally generated villages out on our adventures. Each one providing a place to rest, trade, and pillage should that be desired. Not to mention the countless villages lost to TNT from players in creative mode!

It is for these reasons, in our humble opinion, that Villagers are the best Minecraft mob.

What are your thoughts?

Our list ranking the best Minecraft mobs is by no means definitive! What would your top five be if you could pick? We would love to hear!