HomeBlogsHow to Beat the Wither

How to Beat the Wither 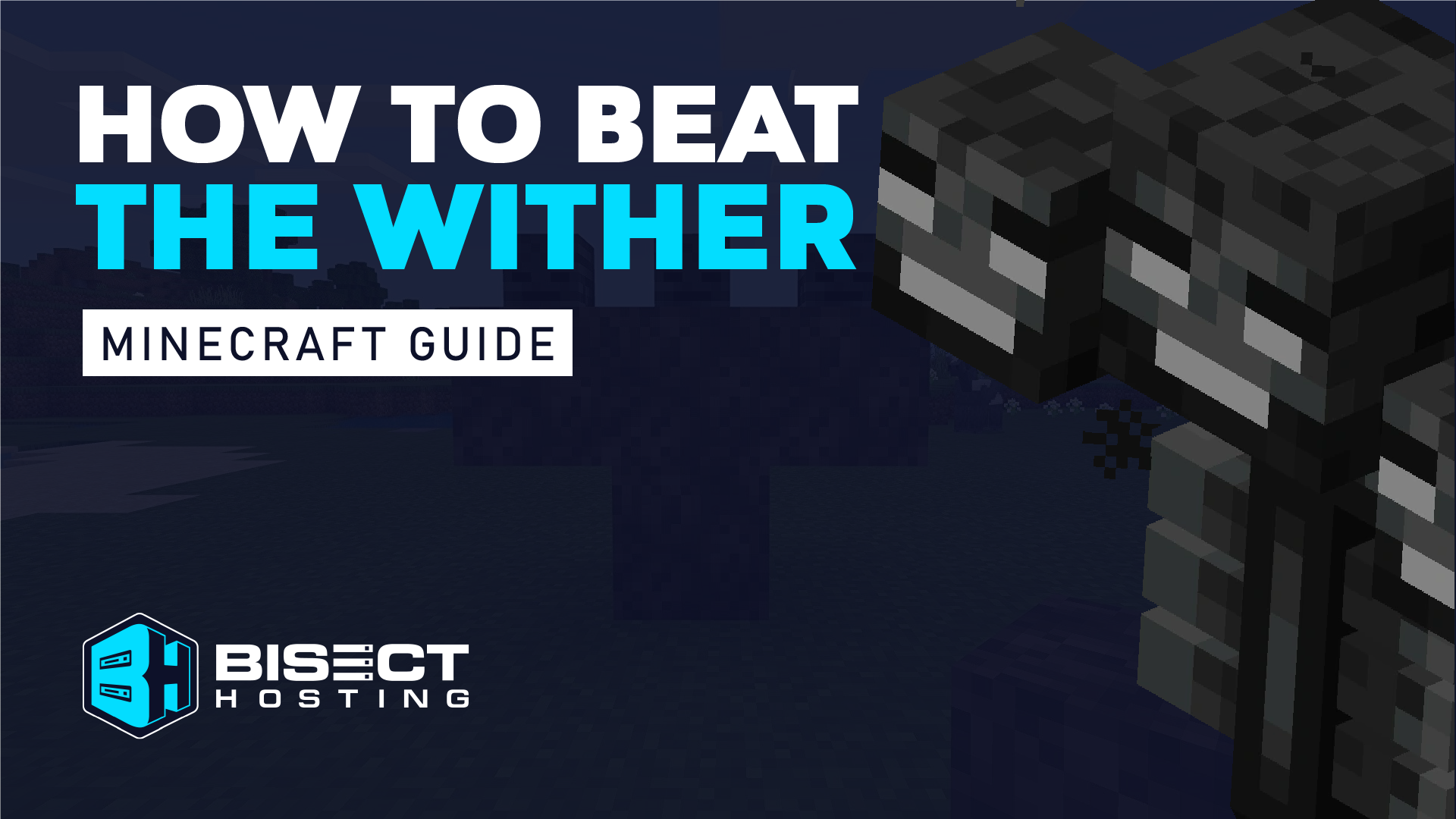 Beyond molten depths and walking fortresses time has forgotten are the skeletons of inhabitants lost and corrupted. Their history is unknown, their goal now only to defeat you, but with their skulls a monstrosity is born anew. Today we will be taking on Minecraft’s second boss mob step-by-step. The Wither rises to face you!

Unlike the Ender Dragon, who spawns naturally in The End, the Wither must be constructed by the player’s hand. A task in and of itself that is not so easy! Four Soul Soil or Soul Sand and three Wither Skeleton Skulls are required to proceed.

To find these items, players must brave the depths of the nether. Soul Sand and Soul Soil are abundant and can be found across multiple nether biomes, but the wither skulls are a different story. First find a nether fortress for within its hall’s wither skeletons spawn. They are a tough fight, but if defeated, each one has a 2.5% chance to drop a wither skeleton skull.

Preparing to Fight the Wither

With the items needed to perform the summoning, it is time to prepare for battle. There are many strategies out there, including swarming the Wither with bees, but our guide will assume you intend to face the Wither head-on in an open field of battle.

With that being said, the Wither has two phases. During the first phase, the Wither will hover air shooting wither skulls at the player which causes terrain damaging explosions. Ranged weapons, good aim, and quick thinking will be needed during this part of the fight. High-end enchanted bows and crossbows being our recommendation for choice of weapon.

However, during the second phase, the wither becomes immune to ranged weaponry and moves to the ground to face the player in close combat. This marks when the player should switch to enchanted melee weapons of diamond or netherite quality. Remember, the Smite V enchantment truly shines against the Wither! It surpasses even the sharpness V enchant for damage done.

In regards to defense, remember that the battlefield is yours before the Wither is built. Obsidian bunkers and more advanced automated kill farms are all possible. However, diamond or netherite armor with a balanced combination of Protection and Blast protection enchantments is recommended for the brave of heart facing this boss head-on.

Don’t forget food, potions, and milk either! Golden apples for emergencies, food supplies for regular hunger, potions for quick healing, and lots of milk to remove the wither status placed on the player throughout the fight.

Before proceeding with how to beat the Wither, it is crucial to keep in mind which version of Minecraft you are playing.

In Bedrock Edition, the Wither is significantly more challenging and has additional abilities. Why there is such a gap in difficulty between Java and Bedrock is not exactly known, but it is highly recommended Bedrock players have everything mentioned above, if not more.

The Wither is created by placing the four previously gathered soul sand or soul soil in a “T” shape. Specifically, two blocks tall and three across. Once setup, the three wither skulls are placed directly on top of the “T,” but make sure you know how to beat the Wither before placing the last skull!

How to Beat the Wither: Phase One

When the Wither first spawns, there will be a short charge up period followed by an explosion. It is at that point that the Wither takes flight and the battle begins. We recommend using this short period to get back and ready your ranged weapon, because once the Wither rises, it will float overhead shooting wither skulls down until phase two. Do your best to dodge and fire back until the Wither reaches 50% health but don’t forget to be quick! The wither heals passively throughout the entire fight.

For bedrock players, the Wither’s AI and attacks during phase one are much more fearsome. Not only will the Wither move about, but its combat capabilities are improved as well. Expect to see the much stronger blue wither skull being fired frequently alongside the others. In addition, bedrock players will notice the world grow dark the moment the Wither spawns until it dies. This prevents regular mobs from burning despite it being day.

How to Beat the Wither: Phase Two

When the Wither falls below 50% health, phase two begins. The Wither gains wither armor making it immune to arrows and tridents while also bringing the battle to close combat. Melee weapons are used at this point but watch out for the wither skulls still being fired! In Java Edition, the fight remains as described until the Wither dies.

Bedrock players will find a much more unfortunate fate, however. Phase two begins with another explosion which spawns four wither skeletons while the Wither dashes directly for the player destroying any blocks in its ways. The combat that ensues will consist of the Wither firing four close-range skull bursts, one of which blue. Be ready for a tough fight, but I believe you can do it!

The Wither has been slain, and now it’s time to loot the spoils! Fifty levels of experience and a Nether Star should be waiting where the Wither died. We hope your new beacons glow bright and that this guide has helped, but for now, we wave away the Wither’s dark night.