The Nether Update is one of the most expansive that Minecraft has ever received, and fully reworks the Nether from a place to die to a place to survive.

Let’s go over all of the major changes the Nether Update brings to Minecraft today.

Probably the most important changes the Nether Update brings to the Nether is adding a variety of new biomes, all with something to bring to the table.

You’ll still have the classic Nether biome you’ve known from exiting the portal hoping to not die immediately – but these new biomes change up how players can interact with the Nether, and what rewards lie in wait.

These new biomes include the following:

Basalt Deltas are perhaps the most barren of the new Nether biomes – filled with gray all over with the aftermath of volcanic eruptions evident in pockets of lava and little to no life. This biome is mostly used to farm raw materials like magma blocks, but it still remains visually striking for its jagged formations and incredibly difficult to navigate terrain. No other biome in the game feels quite like the aftermath of a disaster – which inspires a certain sense of awe.

These biomes are yet another new Nether biome dominated by one loud color, this time red, as the Crimson Forests are absolutely covered with crimson fungi, crimson nylium, crimson roots, and crimson vines. While this biome has its fair share of hostile creatures – it is the best place to go to barter with piglins and hunt hoglins for a reliable food source. But we’ll go over these creatures in just a bit.

Soul Sand Valleys are the most dangerous of the new Nether biomes, and are essentially a visually striking death trap. These valleys are scattered with soul sand that slow you down and soul fire, and filled to the brim with hostile spawns of endermen and ghasts. But its grotto structure and blue fog add an ambience you won’t find anywhere else in Minecraft, which can make the dangerous trek worth it in the end.

Warped Forests are the closest thing to a home you’ll find in the Nether – but it’s certainly more than you’ve ever had before the Nether Update. This is because no real hostile enemies spawn inside Warped Forests, only migrating over from other biomes. You'll still come across striders and endermen in the warped plant life, but that’s the least of your worries compared to the potential for ghasts elsewhere. The problem here is that the Warped Forests have no natural food source outside of wandering hoglins, which means you’ll need to gather your food elsewhere if you want to make this somewhat safer area your home.

The Nether Update brings some new creatures and some new systems you wouldn’t expect in the Nether.

This includes hoglins, which are dangerous and aggressive creatures resembling boars, striders, which are non-violent creatures that act as lava ferries, and piglins, which are humanoid creatures that are hostile unless you are wearing gold, and are inherently dangerous with several different normal behaviors causing them to become violent. But these aren’t the only new creatures added to Minecraft with the Nether Update. Server latency is very crucial when it comes to different areas of computing where instant response is needed especially when it comes to fighting these mobs!

Hoglins add a reliable food source to the nether that it previously lacked, which makes living in the Nether a real possibility if you can take them.

Piglins add a unique social dynamic to the Nether, and the first creature to the Nether with some level of peace with players that approach them correctly (though we’ll get to another in a bit). Just be careful around Piglins, because many normal behaviors (like opening your own chests around them) can cause them to go off – in this case thinking you’re a thief!

Piglin Brutes are a variation of piglins that are always violent, and offer no opportunities to barter, so they’re much better avoided unless you’re looking for a fight.

Striders are the only friend you can truly rely on in the Nether, though they don’t particularly care much for your presence, just your warped fungus. These mobs are non-violent, and offer the player a ferry across dangerous pools of lava. It’s as close as you’ll get to a friend or a pet in the Nether, really amounting to neither – but hey, it’s something. They also offer string if you’re willing to kill them (but who would do such a thing?).

Zoglins are an undead variation of hoglins that are caused when hoglins wander into The End or Overworld for too long, becoming hostile to most all other mobs. Don’t go near these unless you’re equipped for a violent fight, or are desperate for some food (though instead of porkchops, you’ll only receive rotten flesh).

The Nether Update brings plenty of new resources to the various biomes in the Nether, some much more useful than others, and some new craftables outside of the Nether. 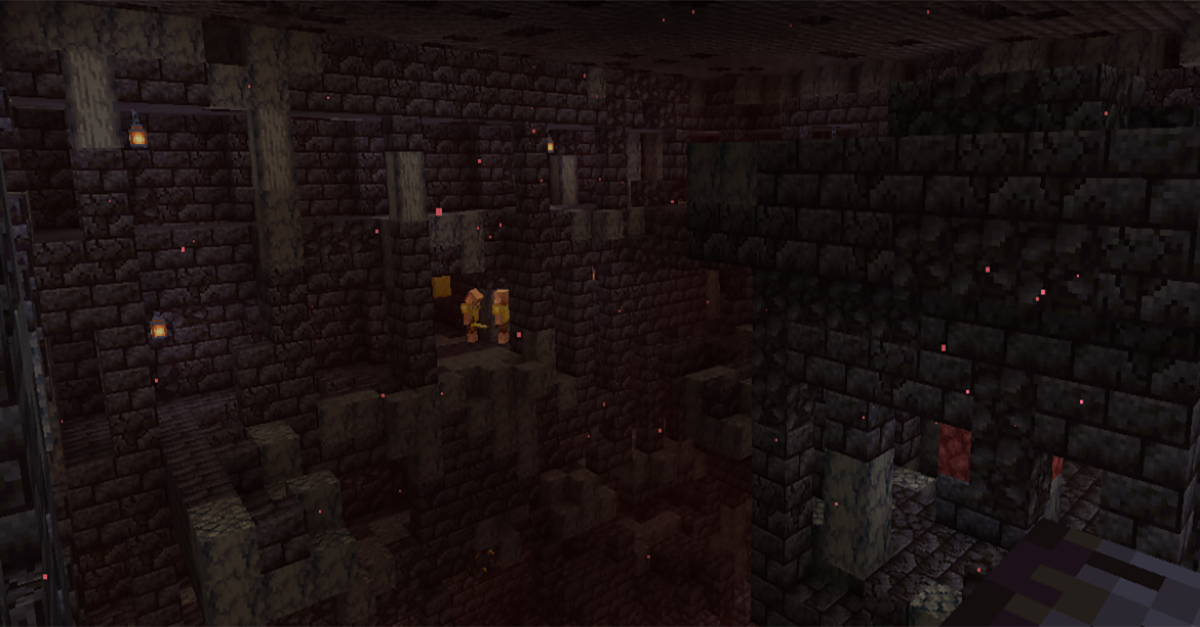 Perhaps the most important are target blocks, a new redstone creation that can be triggered from a bow and arrow shot, Nether gold ore, one of the few valuable ores you can find in the Nether that drops 2-4 gold nuggets (and gives you a gold source to appease piglins), and Netherite, which can be fashioned into ingots to upgrade diamond items into Netherite items.

But beyond these new crafting options, the Nether offers plenty of new unique blocks and resources – you can read over the full list here - where you can find a breakdown of the features for each Minecraft Edition.