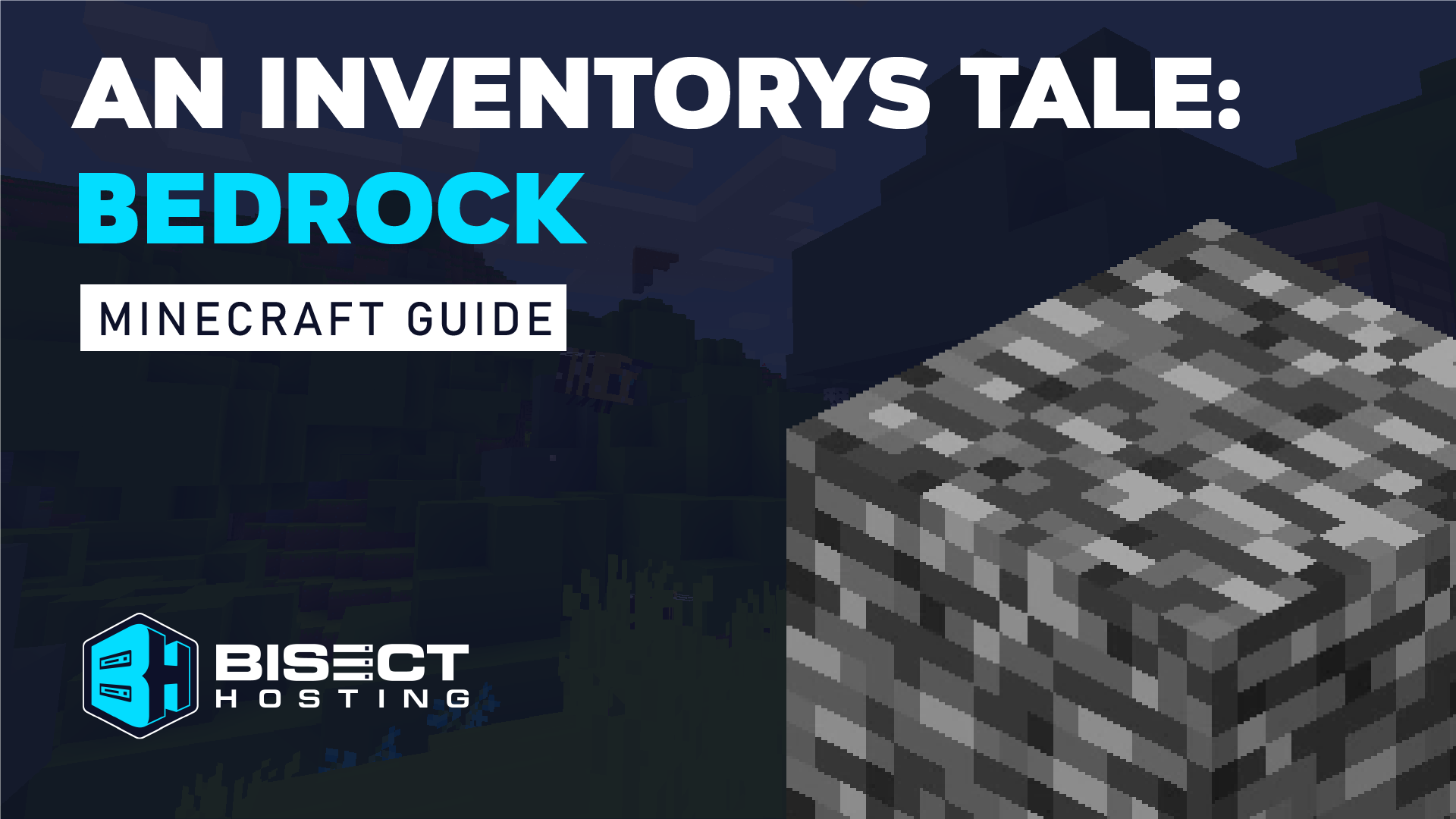 This is the story of a block that does not break. No matter how mighty your netherite pickaxe, it remains intact deep underground keeping you safe. It has seen worlds filled with a bedrock sea, covered lava oceans hidden deep beneath, and acted as a roof in the Nether despite some tricky players sneaking through.

It’s a block that’s been there since the beginning, yet the one often seen least. The old and reliable bedrock always beneath your feet.

Bedrock’s tale begins May 18th, 2009, when it was shown off and added in Java Edition Classic 0.0.12a. At the time, its texture was a high contrast stone block, and its job was to be a world border that stretched on forever, always one block beneath water. This would be the only time in Minecraft’s history bedrock was naturally visible from the overworld’s surface.

For those looking to travel to the past, the bedrock world border can still be seen in Minecraft Browser Edition. An old version of the game re-released in celebration of Minecraft’s 10th anniversary.

To The Depths, Bedrock Sank

Believe it or not, bedrock was not the first block at the bottom-most layer. Instead, it was a sea of lava. A more realistic void, one could say. But almost like it hardened, the bottom four layers became bedrock protecting players from the ever-burning sea of lava beneath.

Time would pass again, and by the end of Java Edition Infdev, the lava sea would be removed due to performance issues. A few more layers of bedrock all that remained in its place.

DON’T MISS IT: Whatever Happened to Minecraft Earth?

In Java Edition Alpha, a place called The Nether would be added. A hellish realm sandwiched between bedrock with the top layer representing the border between overworld and underworld. While not confirmed, some still believe it could very well be the former sea of lava given new life.

Players would soon discover through a bedrock removing exploit that the top of this realm was unique. Hidden away was a flat expanse covered only by mushrooms and mobs. A strange red-hued sight that went on forever.

Patches would be made to prevent players from escaping to the area above the Nether’s bedrock, but even today, they are always finding ways. Although it does lack mobs now.

On November 18th, 2011, Minecraft Java Edition 1.0.0 was released alongside a new realm reminiscent of the moon and void. Previously “The End” was the only dimension with no bedrock to be found. However, players discovered upon beating the final boss of Minecraft, a fountain-like structure of bedrock generated with an egg sitting at its top and a portal within.

And so, as the player jumps in, bedrock’s tale comes to an end. The last block beneath your feet as credits begin to roll.

The role of bedrock has changed only slightly over the years. The bedrock fountain now generates with The End, bedrock's texture has been updated, and bedrock has sunk even deeper beneath the overworld, but it continues to be the one block none can break.

“Unless you’re a cheater which does not count.” – Bedrock