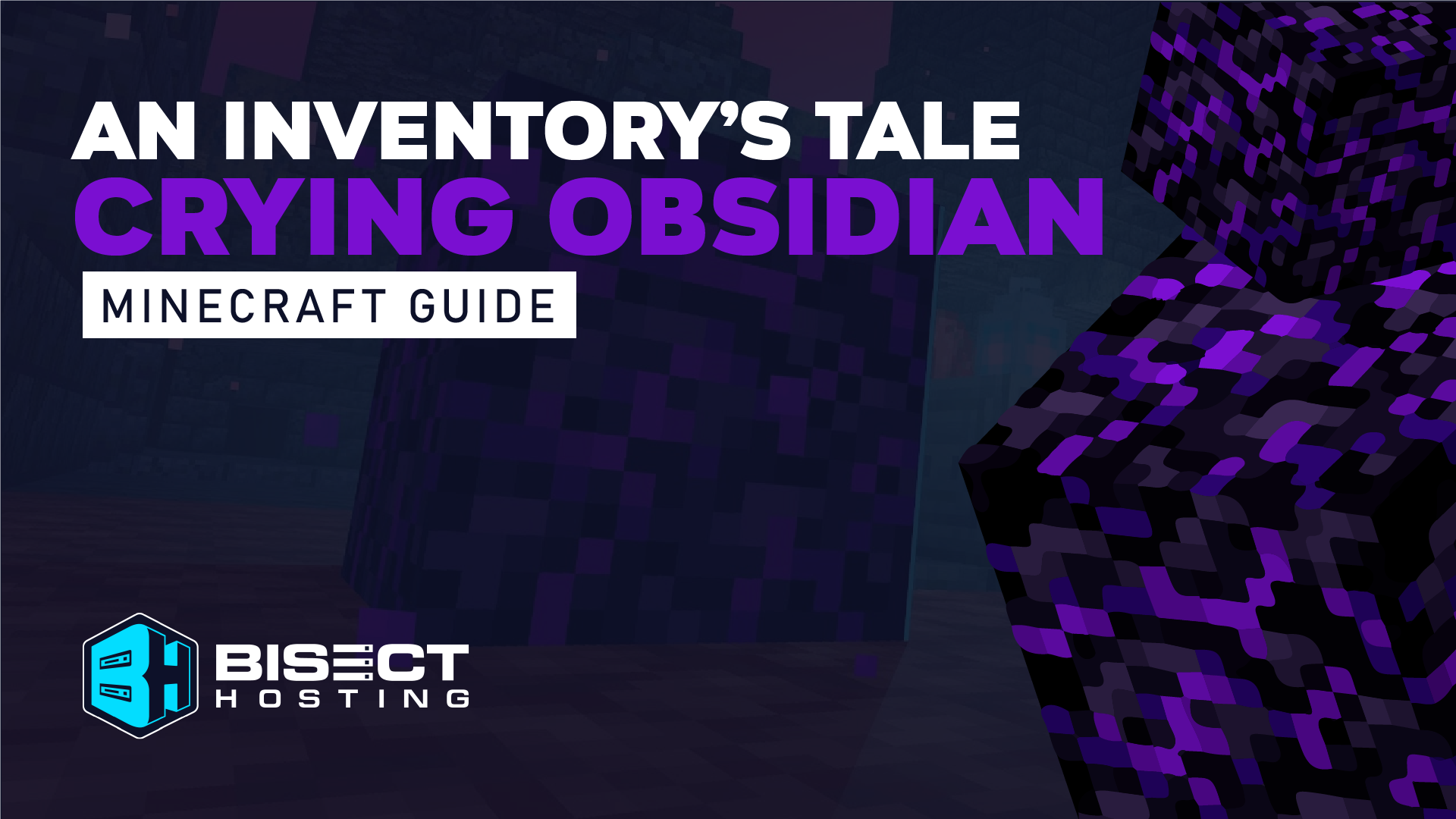 An update is not always what one finds listed within the patch notes. For those willing to dig a little deeper, they may come across files not intended to meet the public eye. Such was the case on February 22, 2011, the 1.3 Java Edition Beta. Many beloved blocks made it into the game that day, slabs included, but one did not make the cut.

Discovered only by dedicated members of the community, at a time that would be nine years prior to its official release, Crying Obsidian made its appearance for the first time. A simple texture file left behind by the developers. Theories arose, as did fan names such as Bleeding Obsidian, but Jeb quickly clarified its original purpose and name.

Abandoned in favor of beds, Crying Obsidian was intended to be the in-game method for changing spawn points. A highly demanded feature at the time that would return the player to a chosen spot when they die. Nowadays done by sleeping in a bed. So, left with no existing purpose, the Crying Obsidian texture was removed in the 1.5 Java Edition Beta. A vague promise for its return all players were left with.

Mods were eventually made giving the forgotten block creative purposes, and fans never ceased their requests for its return, but it was not until eight years later that Crying Obsidian appeared in the files for a second time. By popular demand, Crying Obsidian returned as part of the 1.16 nether update with a new snazzy look as well!

In homage to its original spawn-changing design, Crying Obsidian was now used to create respawn anchors. A helpful tool for those unfortunate, and often crispy, deaths in the nether.

No longer were spawn points limited to beds in the overworld, for an old friend, or block, had made its tearful return.

Those in search of Crying Obsidian can rest easy knowing it generates naturally as part of ruined nether portals. Be sure not to forget your diamond or netherite pickaxe, however! It may be crying, but it is still obsidian. Already lost within the nether? Crying Obsidian can also be obtained by bartering gold bars with piglins or found within the chests of ruined bastions. But remember, it is by no means guaranteed!

With six Crying Obsidian finally in hand, and three trusty glowstone down the middle, you too can respawn without risk of explosion in the nether. Just make sure to watch out for the ghasts, wither skeletons, lava, blazes, fire, zombie pigman, and… well, it is nether, so you probably get the idea.