HomeBlogsRanking the Best Minecraft Updates of All Time

Ranking the Best Minecraft Updates of All Time 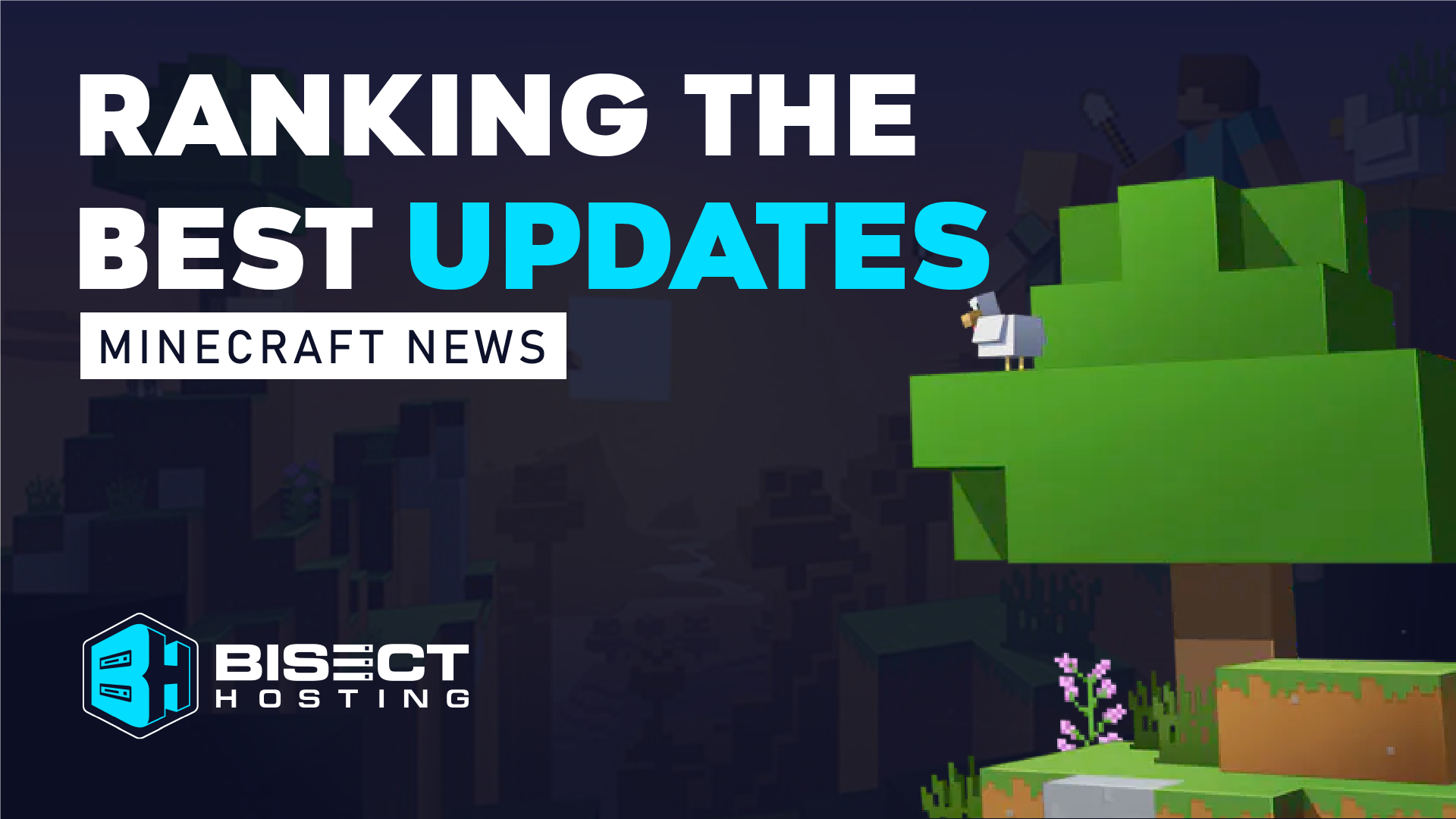 Minecraft has gone through many updates since its humble beginnings in 2010.

Along the way, the game has evolved massively. But some of these hugely influential updates stand taller than the rest.

With that, here’s our list of the best Minecraft updates of all time.

In Minecraft, players aren’t alone in settling a new World. Villages add a ton of depth to the game by giving players another humanoid to interact with. Along with Villagers, there are also Illagers, which were introduced in Minecraft 1.14.

The Village & Pillage update added a ton of depth to Villages and Villagers alike, including new trading mechanics, and introduced over 50 new blocks and 7 new mobs. Among these new mobs is Illagers, introducing a new hostile faction to the world of Minecraft.

Redstone holds tons of potential in Minecraft, and this is largely thanks to Minecraft 1.5, the Redstone Update.

With these new tools, players have created some truly elaborate inventions that would never have been possible before Minecraft 1.5. While it may not have had the biggest impact on the average Minecraft player, the sheer possibilities of the Redstone Update earns its spot on the list.

While Minecraft 1.17 was missing some things players were looking forward to in Caves and Cliffs, it still managed to introduce some fantastic new additions. These include new mobs like Mountain Goats and Axolotls and new blocks like Amethyst geodes, Azalea, Dripstone, and Copper.

The Nether was previously an area largely written off by Minecraft players, that is until Minecraft 1.16, the Nether Update.

The Nether Update massively reworked the Nether with tons of great changes alongside the addition of four new Nether biomes. These biomes add new life to the Nether and add to the scary abyss with all kinds of new sights to see.

Along with the new biomes, Minecraft 1.16 introduce new mobs like the Piglin, Strider, Zoglin, and Hoglin.

The last Minecraft update, Minecraft 1.18, has gone beyond any patch before it to deliver some massive changes to the game from (below) the ground up.

This comes in the form of systematic changes to world generation in Minecraft, including a new system for Mountains and Caves, as well as ore distribution.

These changes make more of an impact than any other Minecraft update. After all, you'll never start a world in Minecraft from now on and not feel these changes.

Beyond these systematic changes Caves and Cliffs Part 2 also introduced several new biomes, and cleaned up a ton of bugs as well.

In the end, while other Minecraft updates may be flashier, Minecraft 1.18 Caves and Cliffs Part 2 takes the spot as the best Minecraft update so far for the important new changes and features it introduced to the game.