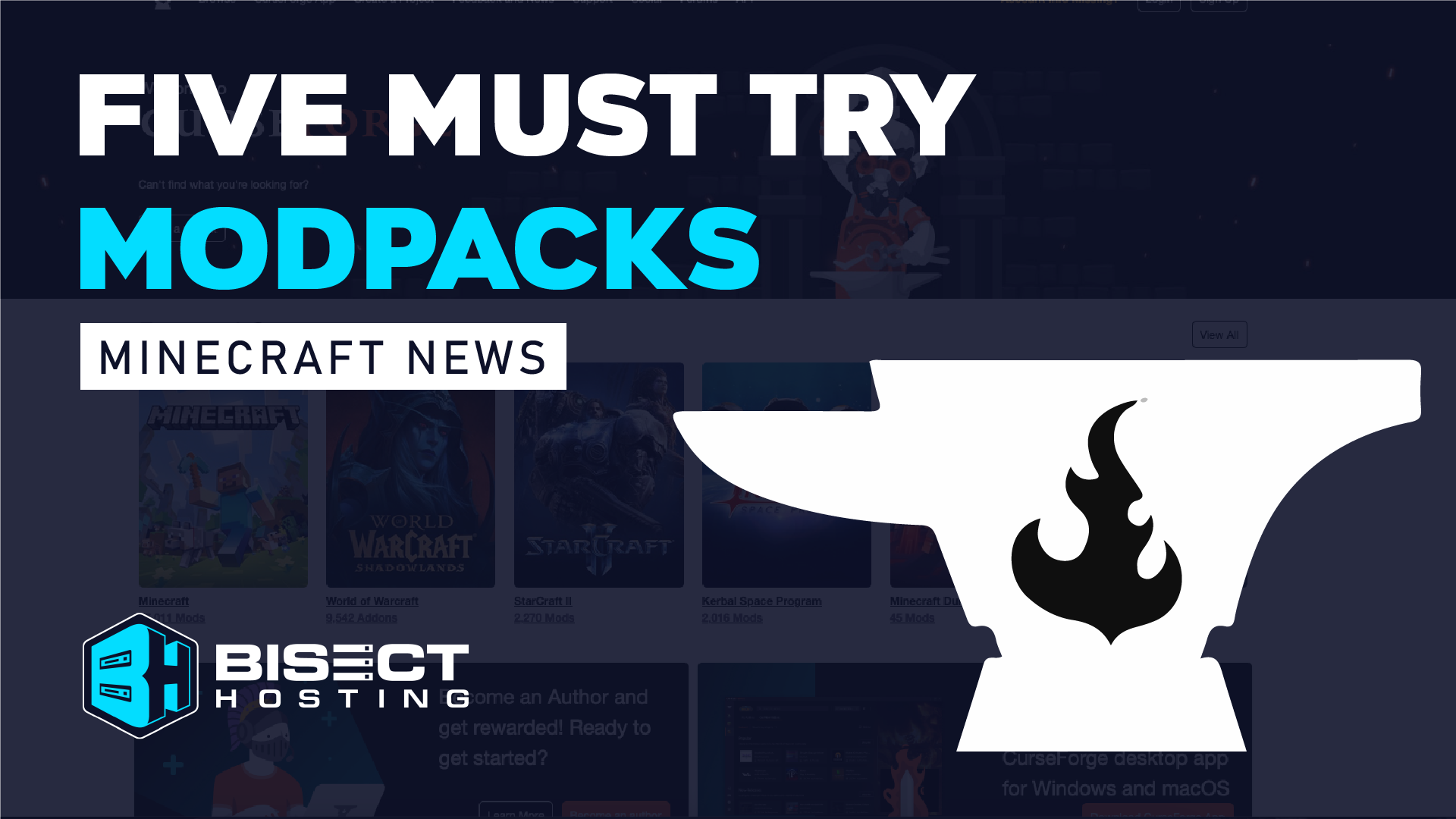 Minecraft is one of the most influential games of all time. It's evolved beyond Mojang’s vision thanks, in part, to the creativity of its community with content like mods. While Minecraft can be an entirely different game depending on the player and their goals, mods and modpacks can push this concept even further. With that, here we’ll take a look at the top 5 most popular Minecraft modpacks today and what they offer.

While much of Minecraft is about getting deeper into the world by creating and exploring caves for valuable materials, this modpack shakes up the iconic challenge of going up onto the Skyblock.

Skyblock is a famous map-based challenge where players must survive and progress while only being given a small strip of land in the sky.

Sky Factory pushes this concept much further with tons of extra inclusions. These work together to give more depth to the Skyblock experience. This includes things like automation, tech, magic, and even bacon resources to liven things up a bit.

This modpack also improves player experience by adjusting things more for a steady progression path than heavy randomization. This includes a new resource system around growing trees and better pacing with technology growth. Add to it a new tutorial that is fantastic for new players, and it’s no surprise that this modpack is one of the most popular today.

DON'T MISS IT: Five Must Try Tech Modpacks for Minecraft

The world of Minecraft mods can be tricky with so many options available and ways to combine them. For players looking to just get to the action and ensure they don’t miss a step, All The Mods 7 is the perfect modpack.

All The Mods 7 is built around the very simple concept of being a one-stop shop for players to get some of the biggest and most important Minecraft mods available. This modpack features over 290 mods for players to choose from, and over 1000 quests as well.

For players who want to ensure they get all the perks of playing modded Minecraft, this modpack is an excellent pickup.

Minecraft is always evolving, and has since its creation over a decade ago. In that time, the game’s community and Mojang alike have improved it in countless ways. And while vanilla Minecraft is better than it’s really ever been, Better Minecraft is a modpack made to push this even further. It does so by introducing some great new features and QoL improvements all around.

For players who might wonder what’s next for Minecraft, or where the game may improve in the future, Better Minecraft is the perfect modpack to try out.

No modpack more accurately represents the limitless potential of Minecraft as a means to experience other worlds than Pixelmon Reforged. This modpack is based on one simple goal, to integrate Pokemon into Minecraft. It does this wonderfully by masterfully weaving the two in a way that lets them coexist.

Pixelmon Reforged offers over 20 starting Pokemon to choose from. It seamlessly integrates the Pokemon experience by letting players level their picks through battles with wild Pokemon and trainers alike. Players can also catch and breed wild Pokemon for more options.

This experience is unlike any other across modded Minecraft, and gets even better with the integration of PVP. This is led by its massive and dedicated community, which hosts plenty of tournaments and other events.

Whether your goal is to catch em’ all or just catch and train your favorite Pokemon, Pixelmon Reforged is a fantastic modpack that you won’t want to miss.

DON'T MISS IT: Five Must Try Fantasy Modpacks for Minecraft

Minecraft certainly has its challenges, but RL Craft is a modpack that takes things much further. This modpack ups the game's difficulty and depth, a challenge fit for only the most confident of veteran players.

RL Craft enhances the difficulty of Minecraft in several ways, including scaling up survival systems and reworking them to be more realistic all around. This includes the addition of temperature and heat which players must maintain, a game physics overhaul, the removal of healing by eating food, locational damage on the player, and plenty of other changes to core mechanics while also adding plenty of dangerous new foes as well.

For players who are up for the challenge of RL Craft, it offers an incredible amount of depth with enhanced systems and over 300 quests to guide players along their journeys. It is the perfect modpack for players who want a little more difficulty and realism in the game, and as a result, has made a massive mark on the Minecraft mod community.