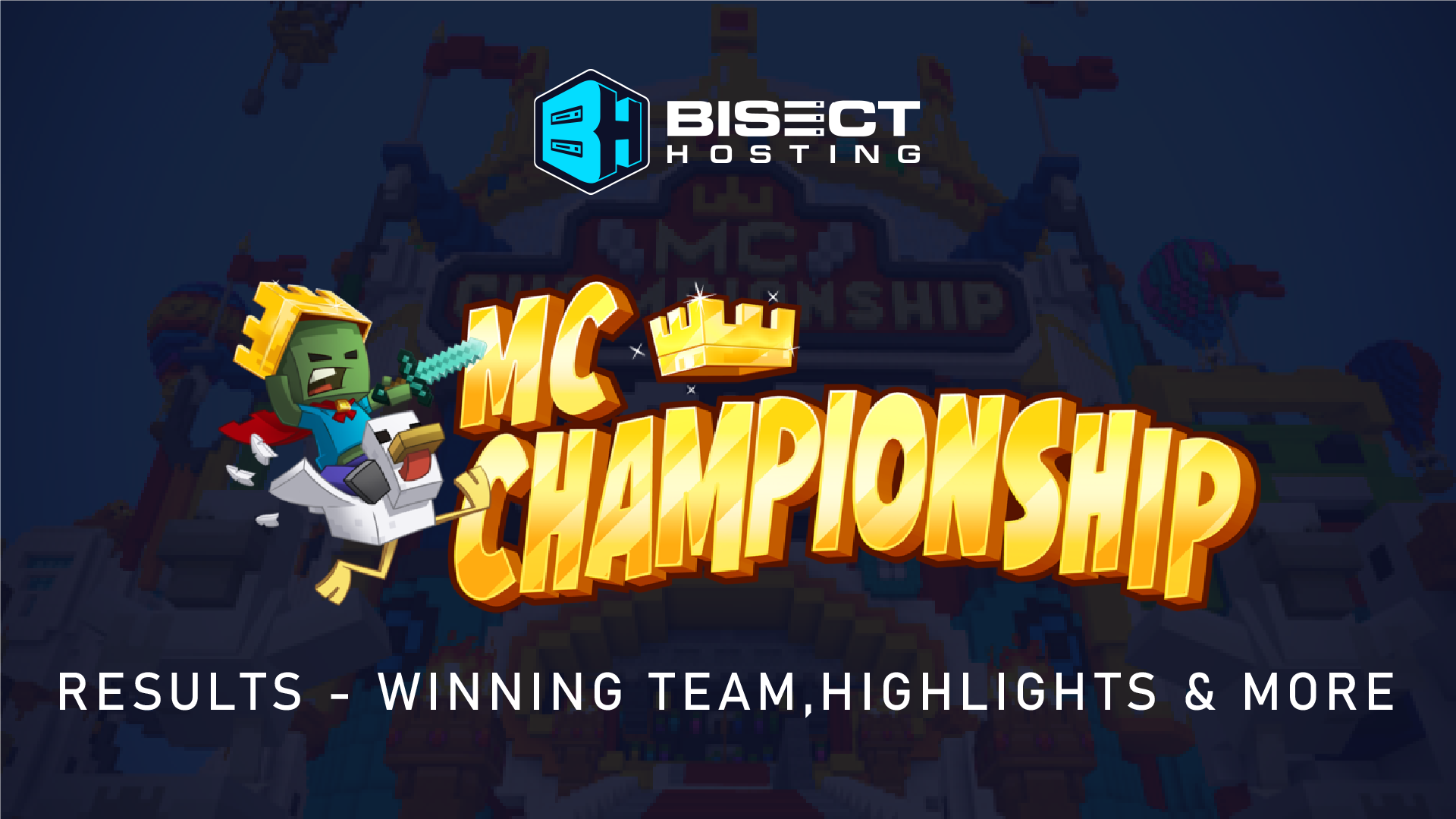 The holidays came early this year for fans of the Minecraft Championship! Records were set, a rivalry was ignited, and most scandalous of all, CaptainSparklez said a swear. Who would have thought? Without further ado, let us dive into all MCC 19 had to offer!

Over a series of nine minigames, Teal Turkeys came out on top in only three. However, their consistent and strong performance throughout the championship left them swimming in more coins than the rest. And that’s what counts in MCC!

It is time for the rundown of each festive minigame! As always, victory was determined by total coin count. The highest two entering game nine. Lots of love to our MCC 19 runner-up, Cerulean Candy Canes!

Game 2: Hole in the Wall

Top 5 Hole in the Wall Players:

DON’T MISS IT: 5 Minecraft Themed Gifts for The Holiday Season

For a complete and detailed review of each minigame, we highly recommend checking out the amazing community over at the MCC wiki.

Nothing beats watching MCC in full, but for those who may not have the time, here are five Teal Turkey moments that I loved. Thank you to Sapnap for once again providing a front-row seat to the victory!

Game 4, Eating Their Way to a Head Start:

The Future of MCC

https://twitter.com/MCChampionship_/status/1469801406974541826">The official MCC twitter has confirmed a short break before MCC continues sometime in the new year. But is it truly just a break? I can not help but wonder if the Noxcrew wanted extra time for a special 20th-anniversary surprise. This MCC also marked the 4th victory for Sapnap! Will he end up passing Dream for most wins?

For now, I intended to sit back and enjoy that my prediction of Teal Turkeys winning was spot on. That's two in a row with MCC All-Stars! My secret strategy for always guessing right is—